The first skid plate panel system specifically designed for SUVs, these panels feature the same construction as the current range of panels, i.e. pressed and folded 3mm steel. Due to the Prado 120/150, 4Runner and FJ Cruiser sharing the same chassis platform, the same skid plate design has been used for the four vehicles. However, a second kit has been built to suit the Prado 150 with Kinetic suspension system (KDSS) as a slightly different lower 'bulge' is required in the front panel due to the positioning of the KDSS sway bar.

Note: Will not fit Toyota Prado 150 or 4Runner with Kinetic system. Instead use ARB Skid Plate system part number 5421110. 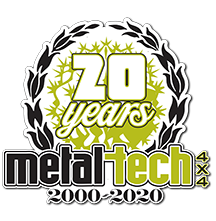